During my adolescence, I remember a scientist on television revealing that, if the telescope at Mr. Palomar were powerful enough to see across the universe, a viewer looking through the scope would be presented with his own image. I imagined standing on my tiptoes and looking through the glass magnifiers, hoping to see the swirling galaxy of Andromeda, only to be given a mirror refection of myself. The mention afterwards of Mt. Palomar creating images within me of vast circles of time and space that had a beginning and an end became a vision akin to the alpha and omega of my Christian upbringing. Mt. Palomar stood beside St. Patrick’s Cathedral, Westminster Abbey, and Notre Dame as they together reached towards the stars to capture the unknowable. But I noticed a difference between the observatory and the churches. Cathedrals had smells of bones and mildew exposing human fragility. The observatory in its pristine roundness had no smell. Its connections of metal, glass and concrete housed no relics, no human forms. But, if the scientist’s revelations were correct, then this worship of the skies through a sterile eye, this adoration of science as God, would in the end come full circle to the discovery of divinity within the human form, the flesh, the beating heart of man.

I delight in viewing man as a mammal with this sweaty brow and lumbering gait. During trips to the zoo I watch—myself included—the human animals prowling the pathways leading from pen to pen. A crowd of humans gathers close to the rail that separates them from the magnificent gorilla that is lounging on a rock, also watching. My son is far more interested in the humans than the ape. That’s the clue to our nature. A curious species of brightly decorated, mutilated creatures in varying sizes and shapes, we seem to say, “Look at us—forget the ape, aren’t we special?” Darwinians link us human to a species of ape, but I have my doubts. That’s a heavy burden to bear for the innocent ape. I prefer the linkage to go directly to the tiny forest shrew; that puts humans on the same footage as their other animal brothers.

How angry my Auntie would be to hear me say this. She spent countless hours trying to convince me that humans differed from the other animals. They had responsibilities: the care of the other creatures on this planet being one of them. Humans had within themselves a gift of vision, of creativity, of love. One day as she lay in bed recovering from pneumonia, she had me lie down beside her. The rays of the sun had come through the window and shone on her diamond wedding band spraying a shower of sparkles onto the ceiling of the room.  “Look, do you see them, each is a star—a human being,” she said.

I was young enough to buy it then. That was before I heard the details about Hitler. That was before I began to understand my own inner workings. So for a while, when I looked into the heavens on a clear star-spangled night, I envisioned all women and men on earth joined to a twin star and capable of brilliance.

But where was the rapist’s star when he chopped off his victim’s legs and threw her for dead in a ditch; where was the hijacker’s star when he planted a bomb that blew a mother and child from a plane in small pieces. Do we hide our stars when we spread rumors that will injure a friend, or does the light just go out? Should I continue? But my phantom image of Mt. Palomar still whispers in my ear, “all’s possible.” Gandhi lived here, so did Christ, and Buddha, and Mohammed, and Joan of Arc. The list would be incredibly long if I made it. How did they reflect God so well? Was it fasting? Praying? What was their human secret? And then, from my darkness, I remember that little known poem that my Auntie used to say with her eyes closed.

Awoke one night from a deep dream of peace,

And saw within the moonlit shadows in his room

An angel writing in a book of gold.

So to the vision in the room he said,

The vision raised its head

And with a look made of all sweet accord

Answered, “The names of those who love the Lord.”

And is mine one?” said Abou.

“Write me as one who loves his fellow man.”

The angel wrote and vanished.

The next night it came again with a great shining light

And showed the name of those whom love of

And, lo, Ben Adam’s name led all the rest.

Then for an instant all seems possible; my eyelashes really will appear in the scope.

What is a story? 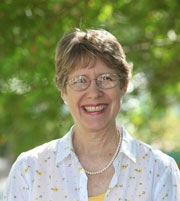